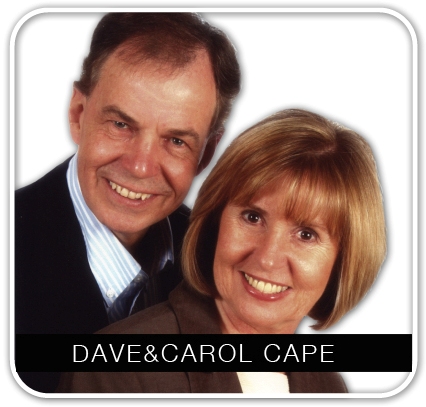 David was born in the Transkei, where his father was a Methodist minister, and was schooled in Johannesburg. Carol and David are dedicated to their family of two children, their spouses and four grandchildren. David loves walking on the beach to relax, and has a keen interest in media, communications and design technology.

David and Carol were founder members of the first COTN church in Africa - New Creation Family Church in Johannesburg,South Africa. They have been charged with restoring the truth of the Servant love of Jesus to the Bride of Christ. David is part of the International Apostolic Leadership of COTN. He is also an internationally published author and holds a Doctorate in Ministerial studies.

David operates in the office of Apostolic Evangelist and has a strong emphasis on growing and encouraging sons and daughters to reach their God given potential.

Footwasher Ministries serve David and Carol on the road and facilitate extra local ministry outside of COTN, althoughthere is often a crossover. He has carried his cross and bowl thousands of miles throughout Africa, Asia, North America and the West Indies, among others.