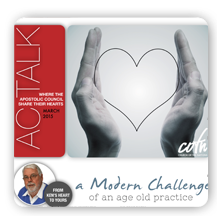 A MODERN CHALLENGE OF AN AGE OLD PRACTICE

Our news has been full of the increase of Islamic fundamentalism as seen in the horrific acts of ISIS and Boko Haram against Christian believers in Syria, Iraq, Libya and Nigeria. Recently released “spy communications” have revealed that South Africa has now become a target for ISIS. By and large the “West” has as yet been unable to stop these atrocities; instead there seems to be a proliferation of their activities.